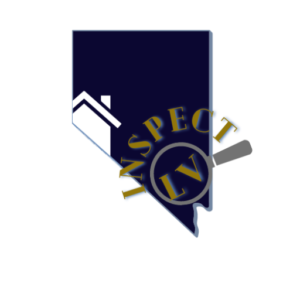 Every member of Inspect LV’s team plays a critical role in the success of YOUR transaction!  We hope you choose one of our specialized home inspectors and make us part of your team for your next transaction.

Inspect LV is not your typical home inspection company.  Andrew runs his company similar to a real estate brokerage where the owner, Andrew Aliotti, retains oversight on ALL inspections performed under his company name.

He gives his inspectors unprecedented support (uncommon in this industry) throughout the work day.  It isn’t uncommon for Andrew to “pop by” an inspection in progress.  Andrew provides free re-inspections not just as a value added service for the buyer, but to also “QC” (quality control) his inspector’s work.

The Las Vegas real estate market is ALWAYS in fluctuation!  Andrew meets with his inspectors, individually, on a monthly basis in order to hear their concerns and to give them performance reviews for further growth.

All of our inspectors are put through rigid “boot camp” style training with Andrew after obtaining their IOS NV license and before entering the field!  While each of our inspectors may have a different a “style” or personality, each inspector is trained to deliver a consistent report that conforms to Andrew’s high standards.

Straight out of high school, Andrew began his career in the trades, working under the guidance and direction of general contractors. Later prior to moving to the Las Vegas Valley, he was in business for himself with an epoxy coating company. He later worked to pass his exam for a California Contractors License.

After moving to the Vegas Valley, Inspector Andrew obtained his NV License as a home inspector. His first gig was working under the guidance of Caveat Emptor's, Paul Donohue. Upon Mr. Donohue's retirement, Andrew kept the team together by creating Inspect LV.

Nikki started her career in the medical setting. Prior to moving to the Las Vegas Valley she worked as an analyst in a hospital setting to ensure hospital and state requirements are met by treating physicians. Her skill for detail is unprecedented. Working to maintain the office's customer service is her number one priority. Give her a call to schedule your next inspection! Her charming personality is surely a match for her eye on detail.

Ralph is a valued asset to the INSPECT LV team. He is a retired HVAC contractor who quickly realized retirement was not for him. His specialties include residential resales, luxury homes, and multi-plexes.

Danny is the newest addition of the INSPECT LV crew although he has already been with the team for nearly two years, his quality reports surely surpasses the time with the team. Danny has a keen eye for detail. His specialties include older homes, luxury high-rises, condos and townhomes.

Ready To Schedule Your Home Inspection?

The office loves to hear from you so, feel free to call to schedule your home inspection. Or, you can utilize the live online scheduler. The scheduler allows you to choose from many options, down to the date, time and inspector that is the best fit for you!

What Our Clients & Customers Have to Say:

P.Fernandez
by P.Fernandez on Inspect LV
Professional
Was your inspector on time and knowledgeable?: yes, very
Was your report delivered on time?: yes
Did your follow up questions get answered?: yes

Inspector was professional, clean, and thorough. I would use them again in the future.

Jacqueline
by Jacqueline on Inspect LV
Great Experience!
Was your inspector on time and knowledgeable?: Yes
Was your report delivered on time?: Yes
Did your follow up questions get answered?: NA

It was such a pleasure to work with the staff from
Inspect LV. The process to request our home inspection on
the website was seamless and the provided pre-read materials were beneficial.
Inspector was timely, personable, and professional. The
report was completed timely and of quality. Overall, a very
positive experience, and I would definitely recommend
Inspect LV to others and use again if ever needed.

Galen M.
by Galen M. on Inspect LV
Summerlin Home Inspection
Was your inspector on time and knowledgeable?: Yes
Was your report delivered on time?: Yes
Did your follow up questions get answered?: Yes

Our home inspector (Michael Hughes) showed up on time, was extremely courteous and professional, and explained their home inspection process to us, before proceeding to perform the home inspection on our new home in Las Vegas. The process was very thorough and covered many areas of our home; in addition, Michael took the time to explain many of his findings.

I have been a homeowner for more than twenty years and own a large apartment complex where I do much of the work myself in addition to hiring licensed Tradesmen. I can tell you that Michael and Inspect LV are excellent at what they do.

Michael flew a drone over the rook of our home to inspect the roof in detail and take pictures... I said a Drone! :-)

Todd E.
by Todd E. on Inspect LV
Great experience with Inspect LV@!
Was your inspector on time and knowledgeable?: Yes
Was your report delivered on time?: Yes
Did your follow up questions get answered?: In progress

Could not have had a better experience! Michael Hughes was friendly, knowledgeable, experienced and thorough! Had him inspect my new build Lennar home as I was suspicious of the quality of work. His report was in depth and I do not feel that he missed a thing. Many things I would have never noticed myself! You will not be disappointed with the quality of his work and the peace of mind that Inspect LV provides.

Kathy A.
by Kathy A. on Inspect LV
Awesome Service
Was your inspector on time and knowledgeable?: Yessss
Was your report delivered on time?: Yesss
Did your follow up questions get answered?: Yesss

Andrew was awesome. Hope to use his services again.

error: You are not allowed to steal our content!
Call Now Button